Beaumont, California A City of the San Gorgonio Pass


Incorporated on November 18, 1912, the city of Beaumont is located in Riverside County, California. Beaumont’s neighbor cities include Banning to the east, Calimesa to the west and the unincorporated community of Cherry Valley to the north. With an elevation of 2,500 - 3,000 feet above sea level, Beaumont is at the peak on the San Gorgonio Pass between San Bernardino, California and Palm Springs, California. A timeline has been created that represents the early history of Beaumont.


The Beaumont Library District has digitized about 200 photographs located within their local history collection. This took about a year to put together and, along with a Local History Digital Resources Project Grant and Califa group, the photographs are now capable of being viewed online. If there are some faces that you recognize in some of the photographs don’t hesitate to contact the library - we would be greatly interested to know! 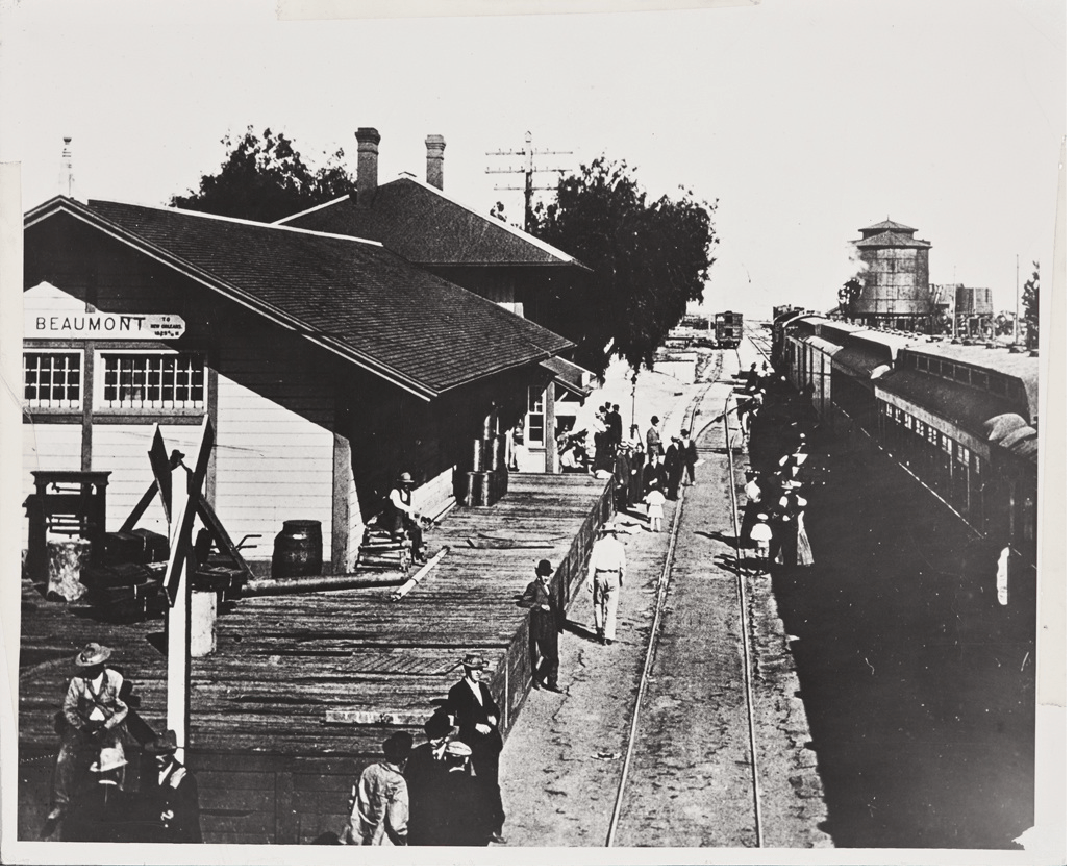 
In November 2003 and April 2004, the Relevancy and History Project, California Citrus State Historic Park with University of California, Riverside was created to record the knowledge and oral histories of Mexican community members through the Inland Mexican Heritage's "Living on a Dime" Project.

"Living on the Dime" examined the effects of economic growth, the concept of progress and environmental impacts of freeway-centered development on communities along Interstate 10 or 'The Dime' throughout Inland Southern California.

In August 2011, the Beaumont Library District celebrated its 100th anniversary. As a way to commemorate the knowledge and oral histories of prominent community members, the library contacted StoryCorps to record their stories.

According to their website, “StoryCorps is an independent nonprofit whose mission is to provide Americans of all backgrounds and beliefs with the opportunity to record, share, and preserve the stories of our lives. Since 2003, StoryCorps has collected and archived more than 40,000 interviews from nearly 80,000 participants. Each conversation is recorded on a free CD to share, and is preserved at the American Folklife Center at the Library of Congress. StoryCorps is one of the largest oral history projects of its kind and millions listen to our weekly broadcasts on NPR’s Morning Edition.”

Four individuals from different generations participated in telling their stories.

The 1st interviewee was Blanche B. Fries (mp3). She had just turned 97 and was named the oldest citizen of Beaumont. She was born in Connecticut and moved to Beaumont with her husband. She passed away in 2015 at the age of 100.

The 2nd interviewee was Betty Meltzer (mp3). She moved to Beaumont as a young woman and attended the University of Redlands, just 20 minutes away. She is now a retired academician and high school teacher and has published several books on the San Gorgonio Pass.

The 3rd interviewee was Brian De Forge (mp3). He was born and raised in Beaumont and his family was has been involved in local politics. He was on the city council for many years and also served as the mayor of Beaumont.

The last interviewee was Mac McCabe (mp3). He started the San Gorgonio Pass Magazine which was distributed among the towns of the pass.


Education
The Beaumont Unified School District has 10 schools within its city limits and 3 more in unincorporated Cherry Valley. This includes 2 high schools, 2 middle schools, and 6 elementary schools. High school attainment is higher, but college attainment is lower than within the state as a whole. Beaumont has a smaller share of adults who have not completed high school - 16% compared with 20% statewide, but only 23% of adults have earned Bachelor’s degrees, compared with 30% statewide.

Transportation
Interstate 10, a major east-west interstate highway, bisects the city with 6 interchanges in Beaumont. At present, several new roads are being built in the western part of the city, including Potrero Boulevard, to relieve traffic congestion. New improved freeway intersections are underway. Transit service is provided by Pass Transit, with regular services connecting with neighboring cities and regional transit operators. Dial-A-Ride service is available for senior and disabled riders. Air transportation is currently available from Ontario International Airport, 40 miles to the west, and Palm Springs International Airport, 35 miles to the east. The Banning Municipal Airport is 7 miles to the east and provides a convenient location for private planes. The Union Pacific Railroad Main Line runs east-west along the commercial and industrial zone of the city.

Community Facilities
The city contains 13 parks, including a 20-acre sports park and a municipal pool, as well as an extensive trail system.

If you are looking for more information on the City of Beaumont, check out the City’s website.